A Gallery With No Space: GOM

Unlike traditional gallery understanding, whose void is surrounded and protected by concrete walls, whose white walls function as secure and sterilized zones, hosting exhibitions regularly with their represented artists, the departing point of Gallery On The Move (GOM) is quite the opposite.

GOM is a nomadic gallery, which aims to infiltrate institutions and other galleries by only project-based exhibitions. It is an initiative without any actual-physical spaces, walls or common architecture like many Westernized galleries. Moving from one place to another to create a multi-dimensional platform with the collaborating artists such as EGLĖ BUDVYTYTĖ, ERIK BÜNGER , KAJSA DAHLBERG, DORA GARCIA, PABLO HELGUERA, BRUNO MUZZOLINI, FERHAT ÖZGÜR, STEVE PICCOLO, ANRI SALA, BERT THEIS, ESMÉ VALK , HELIDON XHIXHA, SHINGO YOSHIDA, NICK ZEDD and FANI ZGURO, GOM investigates the opportunities as to whether or not a gallery without walls and tangible space could survive.

Founded in 2010 in Tirana and initiated by Fani Zguro, GOM from 2010 until now has realized many group and solo exhibitions with the artists including Pipilotti Rist, Anri Sala, Santiago Sierra, Jimmie Durham, Yael Bartana, Dora Garcia, Mika Rottenberg, Hiwa K., Erik Bunger and Esme Valk. Thanks to the support of many esteemed galleries and non profit spaces such as Chantal Crousel, Michel Rein, James Cohan Gallery, Kurimanzutto, Soma Mexico DF, Viafarini Milan, National Gallery of Arts Tirana, Temporary Gallery Cologne and many others. GOM has been continuing its video program entitled ‘All About These... Ladies and Gentlemen’, from 2013 to date, including more than 100 participating artists. Since 2013 GOM has also been participating every year in international significant fairs such as the Artissima Turin, Art Cologne, Art Bruxelles, and Art Geneve. 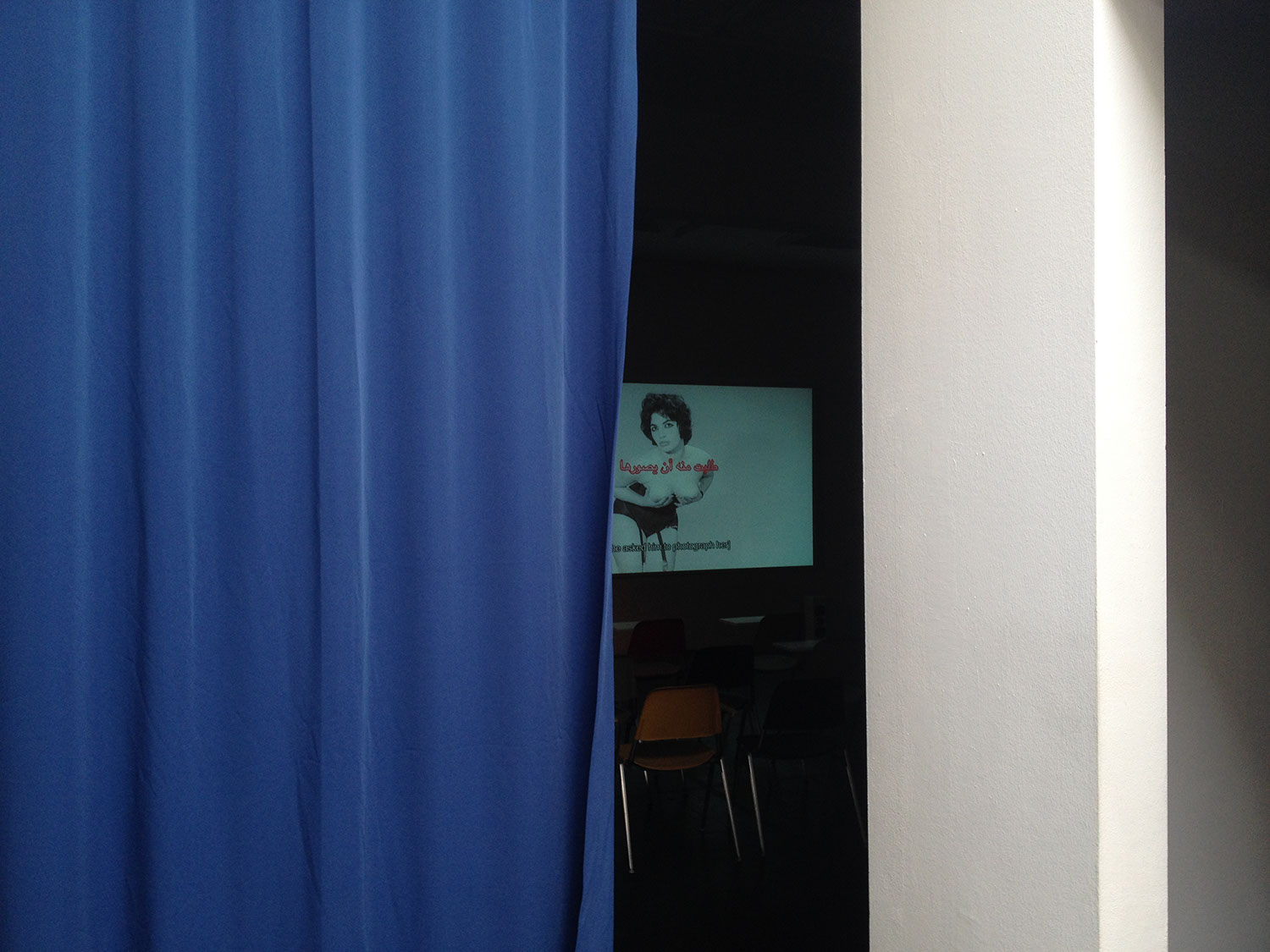 One of the ongoing projects of GOM is ‘Early Works’, a program that enables audience to perceive the artistic production in a broader perspective, bringing experienced artists from around the world together to showcase selected works from their early productions. For this project, GOM has recently presented Anri Sala, Ferhat Özgür, Regina Jose Galindo, Bruno Muzzolini, Kajsa Dahlberg and Dora Garcia’s work individually.

In his solo presentation, Anri Sala exhibited some of his videos dating back 2000s. “Arena” (2001), for example, comprises only location shots of a site whose function cannot clearly be identified. Long corridors with glass walls open on to a lawn on which stray dogs rest lethargically. In “Missing Landscape” (2001) the scenario of boys playing football is rendered with a similar atmosphere. The game takes place on a rubble-strewn field in front of a scenic backdrop of snow-covered mountains, somewhere outside time on the edge of the world. GOM presented Ferhat Özgür’s selected videos within the framework of Tirana International Film Festival (DocuTIFF) in 2016. In “A Young Girl is Growing Up” (2003-2016) Özgür showed the performance of a girl getting her hair ironed by her mother in order to have it straight and tidy. Similar surreal, provocative, weird, indefinable and performance-related actions seem to have continued in his later works such as “I am Like This 7 days of Week” (2003) and “Heal Me” (2007). In “I am Like This 7 Days of Week” Özgür, on a regular daily basis, decided to jump over one of the cars waiting at a red traffic light. 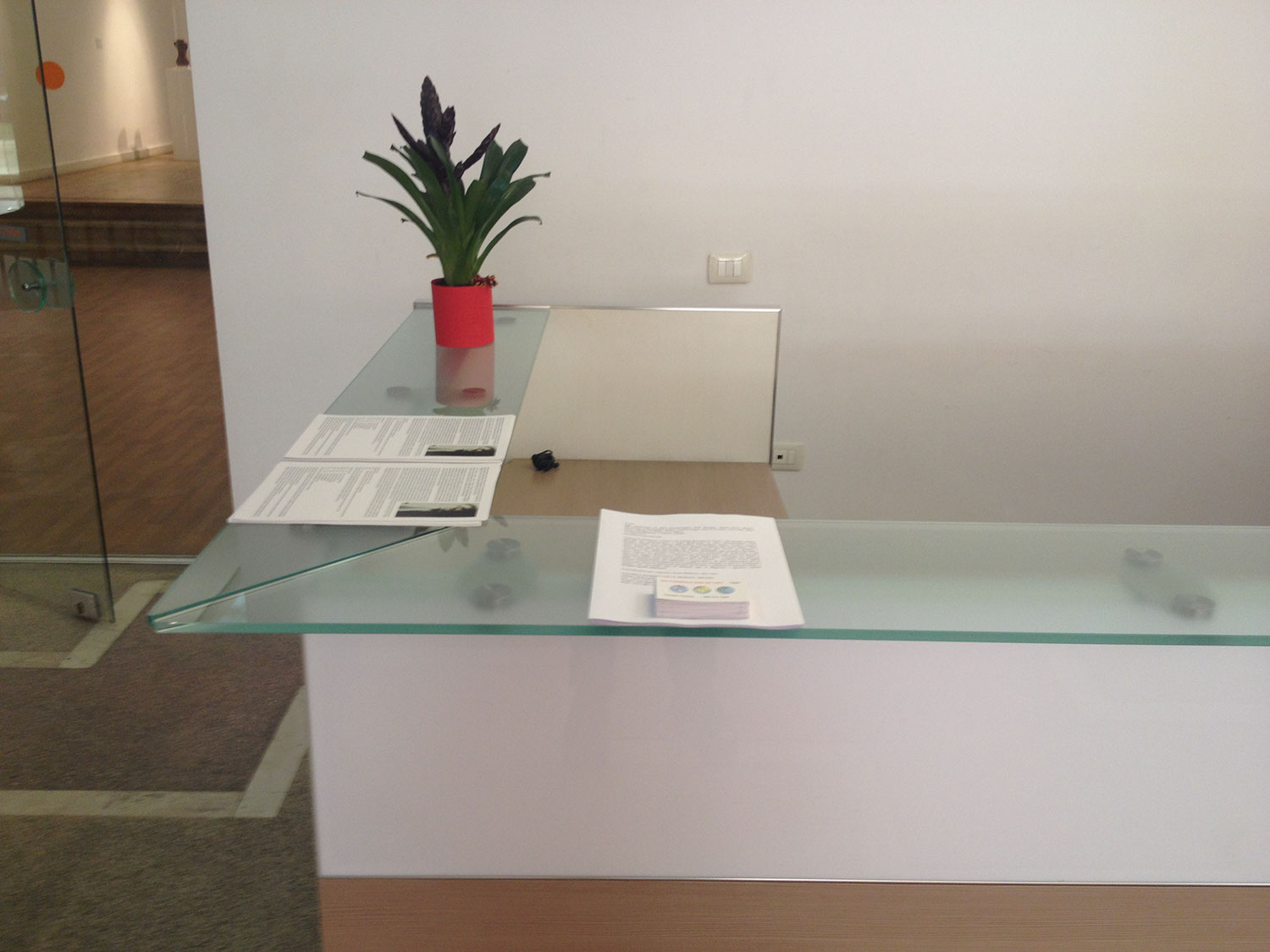 A Guatemala-born artist, Regina Jose Galindo’s “Early Works” presented five videos realized between the late 1990s and early 2000s. “El dolor en un pañuelo” (1999), “El cielo llora tanto que debería ser muter” (1999), “Autocanibalismo” (2001), “Lucha” (2002) and “Puño limpio” (2004) are a series of performances, where the artist uses the body, the space, the history, the politics and their consequences. Another artist Bruno Muzzolini’s video entitled “Dam” is a work shot in the high mountains within a year around the ruins of a dam collapsed in 1923 and doggedly investigates the existence and endurance. Over time, this place, which has been the scene of devastation and death, became a lookout over the valley below and the mountains that surround it. But there exists a network of meanings that constitute the status of device failure, where a device is in power strategy that supports and is supported by types of knowledge. 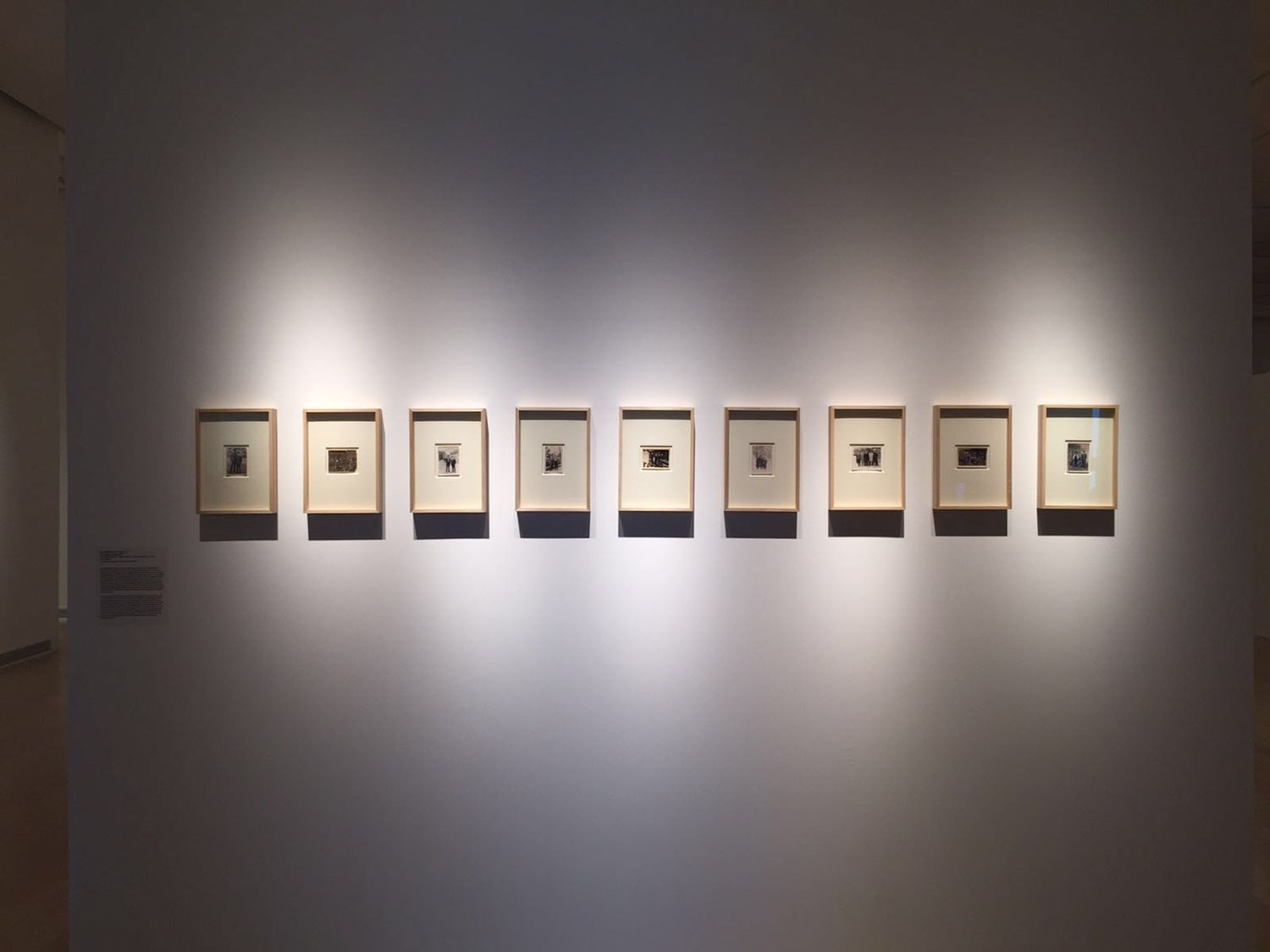 Kajsa Dahlberg’s video “Female Fist” is an interview with an activist from the Copenhagen queer milieu, filmed with the lens-cap left on the camera. The interviewee begins by talking about pornography and about the creation of separatist rooms. About halfway into the film she goes on to speak, in more general terms, about the possibilities for being different in today’s society. Dora Garcia´s work, “Just Because Everything Is Different It Does Not Mean That Anything Has Changed”, is a video-documentation of Lenny Bruce’s performance, a-stand-up comedian who is one of the most fascinating and tragic personalities of the revolutionary sixties, and who visited Sydney on September 6, 1962. He was able to deliver only a one-sentence performance: after saluting the public with the words: ‘What a fucking wonderful audience!’ he was promptly arrested on the grounds of obscenity. Richard Neville, a young Australian who would become the guru of London’s counterculture, saw this brief performance and, understanding the importance of Bruce’s position within the generational revolution that was about to start, attempted to organize a new performance at the University of New South Wales. The Australian authorities would not allow Bruce to perform and he was asked to leave the country, never to return. 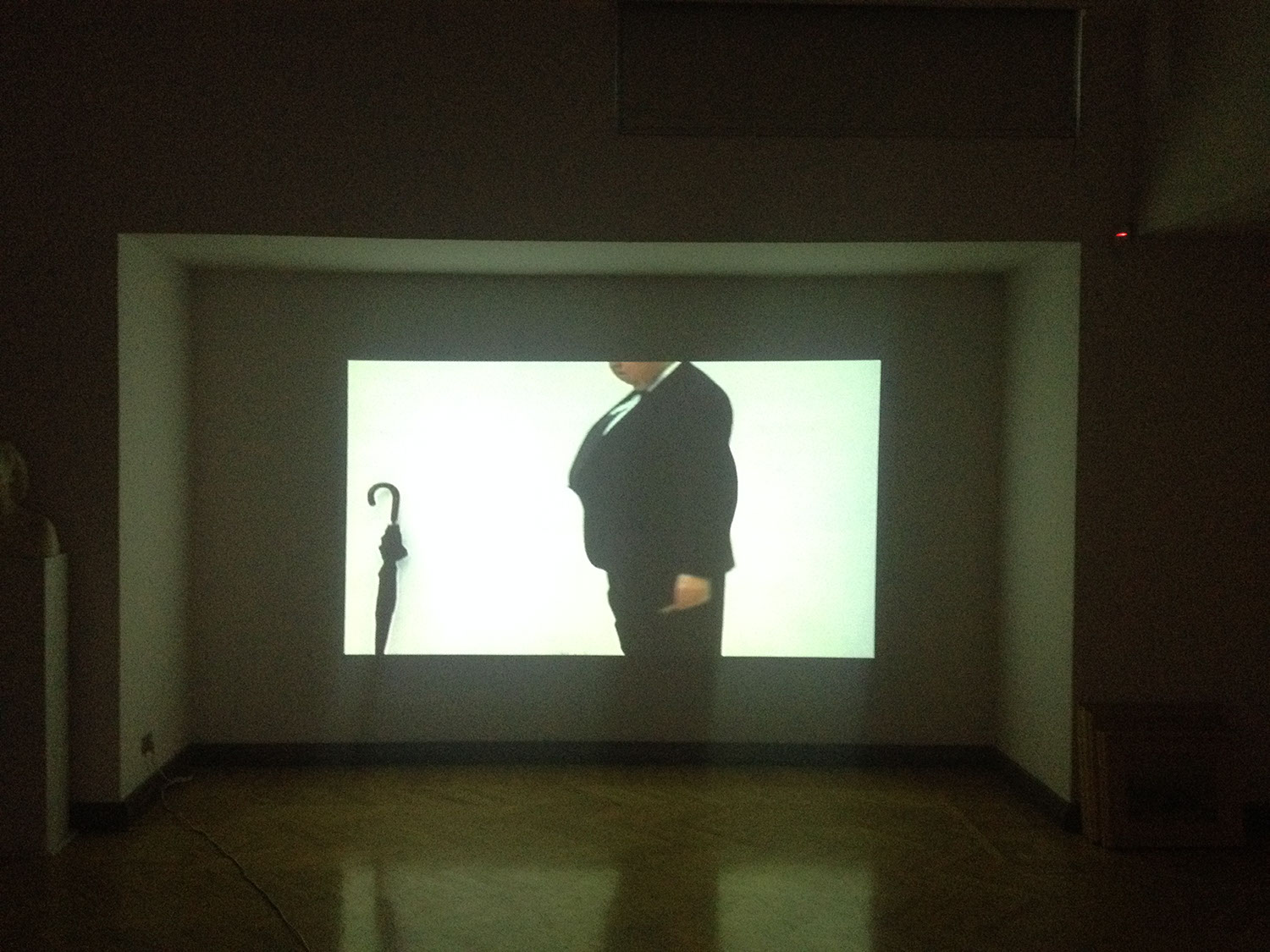