The spaces that emerge in the urban setting take shape and come into being along with the social life of the city; they are reconstructed over and over again as part of a perpetual transformation that the residents influence and engage with. At Atölye Mil, we addressed this transformation and its layers in the exhibition titled “Looking from in-between,” for which we undertook research, curating and exhibition design. For the exhibition held at the Istanbul Research Institute, we studied how this transformation reflected on the city and its people, and presented our findings with “A section of Meşrutiyet Street over time and space: the evolution of Rossolimo Apartment and Bristol Hotel buildings into the Pera Museum and Istanbul Research Institute of today”. We will try to summarize this research and the information we provided to the visitors in the exhibition. 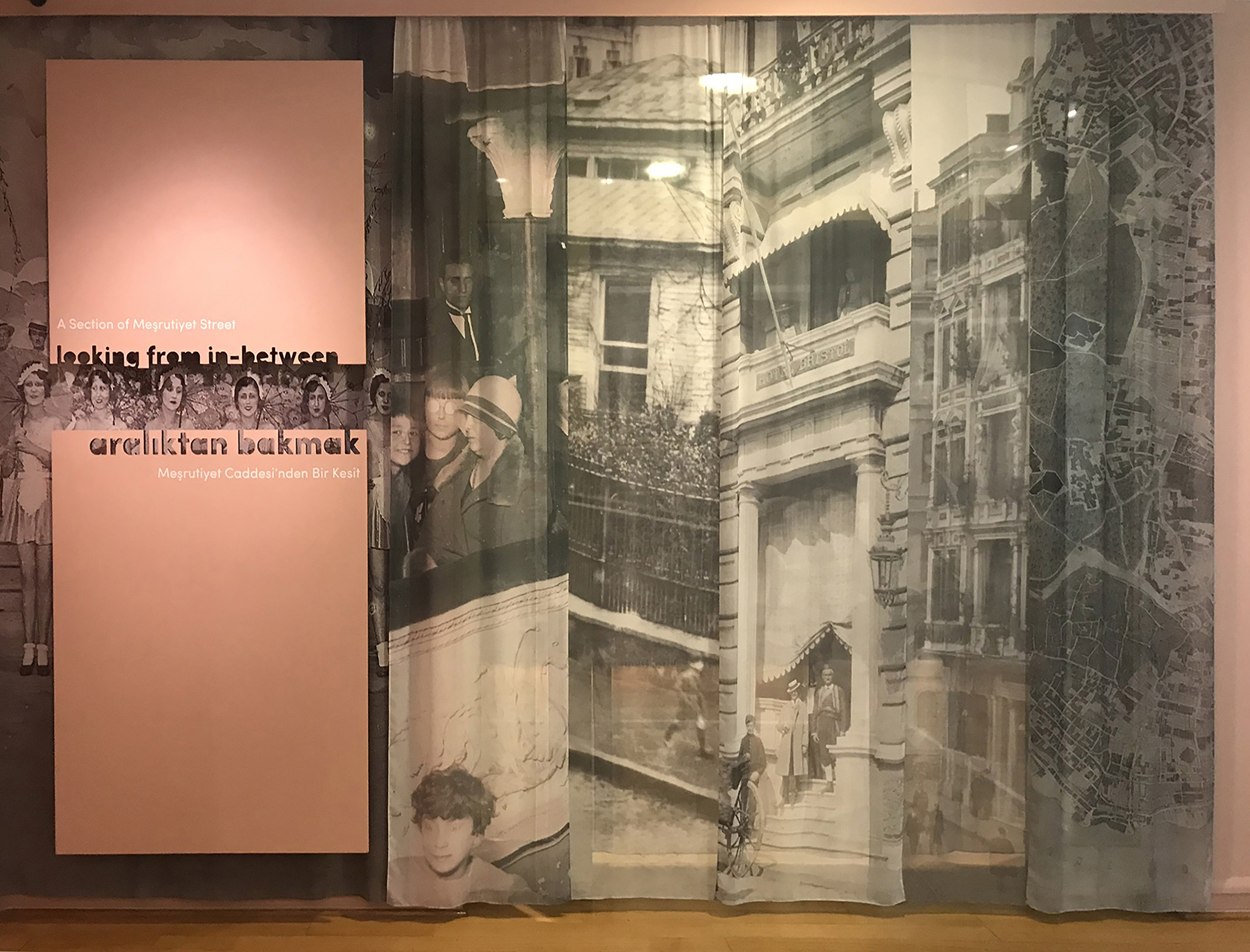 The drapes at the entrance of the exhibition featuring fragments of period photographs and maps.
Photograph: Dilara Tekin Gezginti

The specific period of the century we selected for the exhibition was a time of encounters, as different groups came together, habits acquired through observations transformed spaces and users, and the city’s residents tried to keep pace with the economic, social and physical transformations taking place around them while “urban space” and “everyday life” were constantly reconstructing each other. It was an in-between period, which is documented in the form of magazine and newspaper articles, photographs and postcards. We attempted to interpret and tell this story through various documents with special emphasis on the places where it took place.

In the period we addressed, residents were interacting more and more in Istanbul and especially in Pera as life took to the streets more than ever before. Some of the primary factors that caused this evolution included innovations and convenience in public transport networks, making it easier to go from one place to another first by horse carriages and later by electric trams, and improving the interconnection between different neighborhoods.

Another factor that brought vibrancy to the street was the emergence of shops and “bon marchés” such as Louvre, Au Lion d'Or, Au Bon Marché, Au Camelia, Bazaar Allemand, Orosdi Back and Baker. These shops, which came to life as a result of the changes in consumption habits, would establish a relationship with the street through a new interface: shop windows. These windows, as a display area for the goods sold, formed a permeable boundary between the street and the shop, and also offered a taste of what was inside with their attractive arrangements to those who were unable to enter the shops. 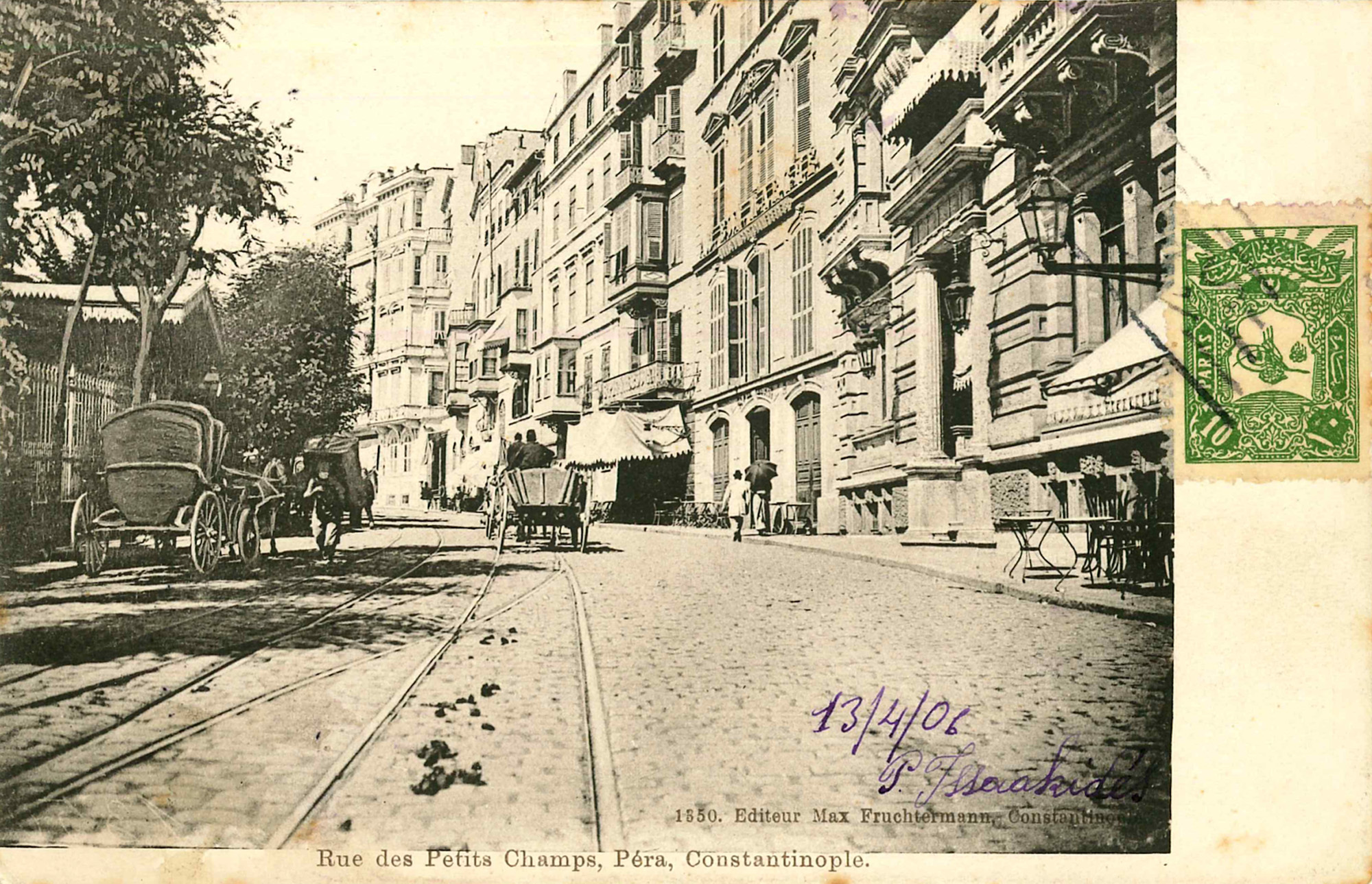 One of the important places where urban life was constantly taking shape with different users, demands and answers was a vast vacant lot. This lot, where the TRT building sits today on a slope overlooking the Golden Horn from the Pera hill, used to be a Muslim cemetery after the conquest of Istanbul by the Ottomans. This urban space, which served as both a separator and a link while enabling circulation between neighboring districts, was also used as a promenade and picnic site that offered views of the sunset over the Golden Horn.The area, which people frequented to get some rest in the shade of a tree, gained a new function during the Crimean War in 1853 when military bands performed here. The open, level space toward Meşrutiyet Street, where the concerts were held, turned into a music pavilion, with a café built around it as afternoon teas were accompanied by mini concerts. On the other hand, guests from Europe visiting Istanbul for various reasons also used this area as a promenade, and “Petits-Champs des Morts,” meaning the Prairie of the Dead, began to emerge as a park in Pera's daily life.

The rubble excavated from the Tunnel (subway) construction, which started in 1871, was dumped over this cemetery with the efforts and contributions of the Sixth Municipal Council, Ottoman Bank, and Mr. Blacque, the mayor of the time, and the evened out area was arranged as a garden resembling those seen across Europe. The garden, surrounded by fences with paid entrance, was opened to the public on July 25, 1880. The garden featured lanterns, sand and gravel-lined paths, a pond and a metal bridge, and a pavilion for concerts and shows.

In 1882, a theater building was constructed within the garden and used as a winter stage for shows of traveling foreign theater companies until the early 1900s. Off-season, this building also served as a venue for balls, contests and entertainment events for various clubs and associations , dance teachers and the Pera socialites. From 1916 to 1969, the building housed a number of important institutions of the state’s art initiatives such as Darülbedayi (The Conservatory) and Istanbul Municipal Opera. 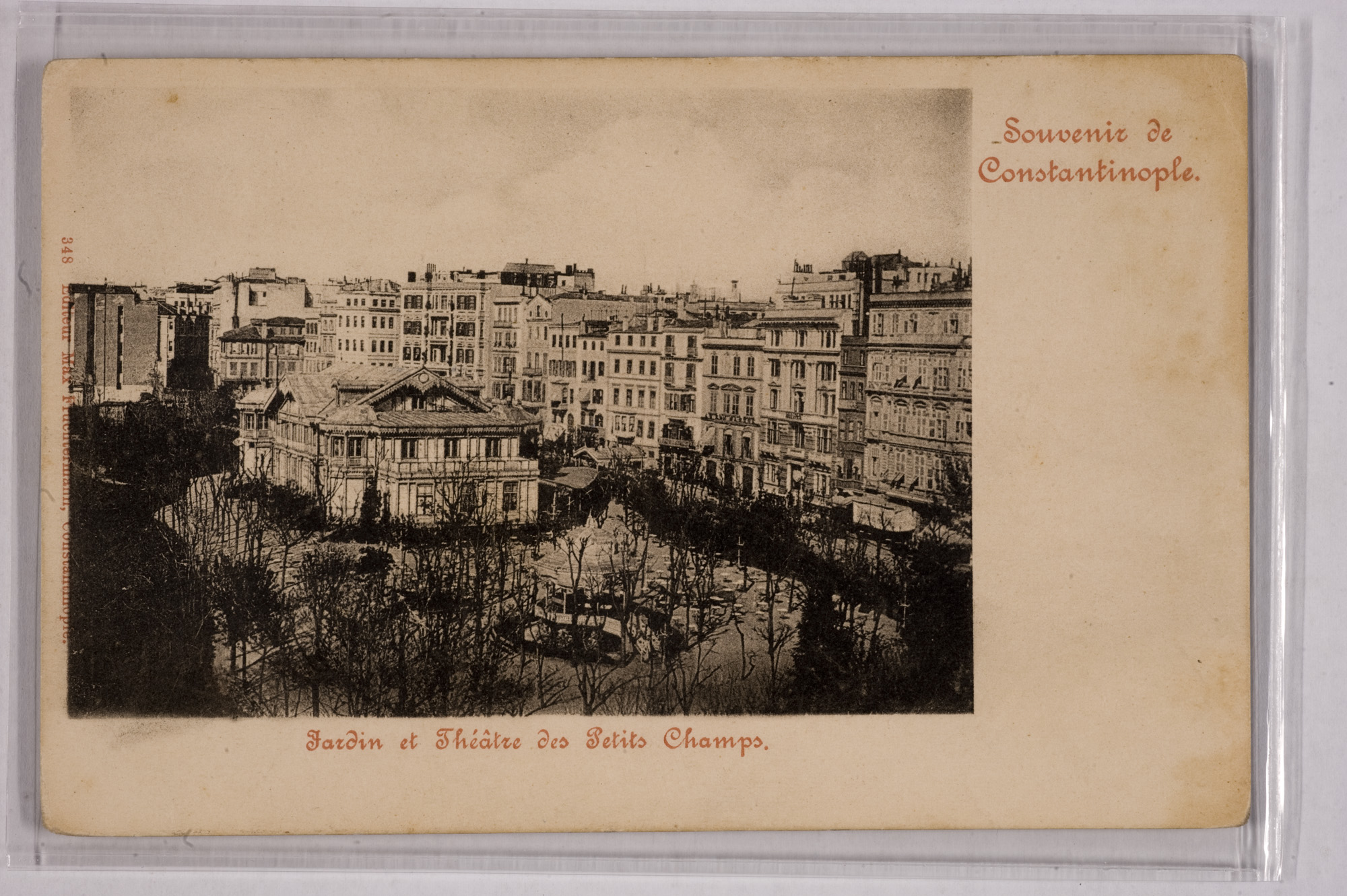 This urban space, which was a Muslim cemetery once, and later a promenade and picnic site, a dump site, a fenced, paid park, a tea garden with theater buildings and a stage for shows and contests, took on different identities, some simultaneously, over time, and has now become a big data source about the transformations that the daily life in the city went through. 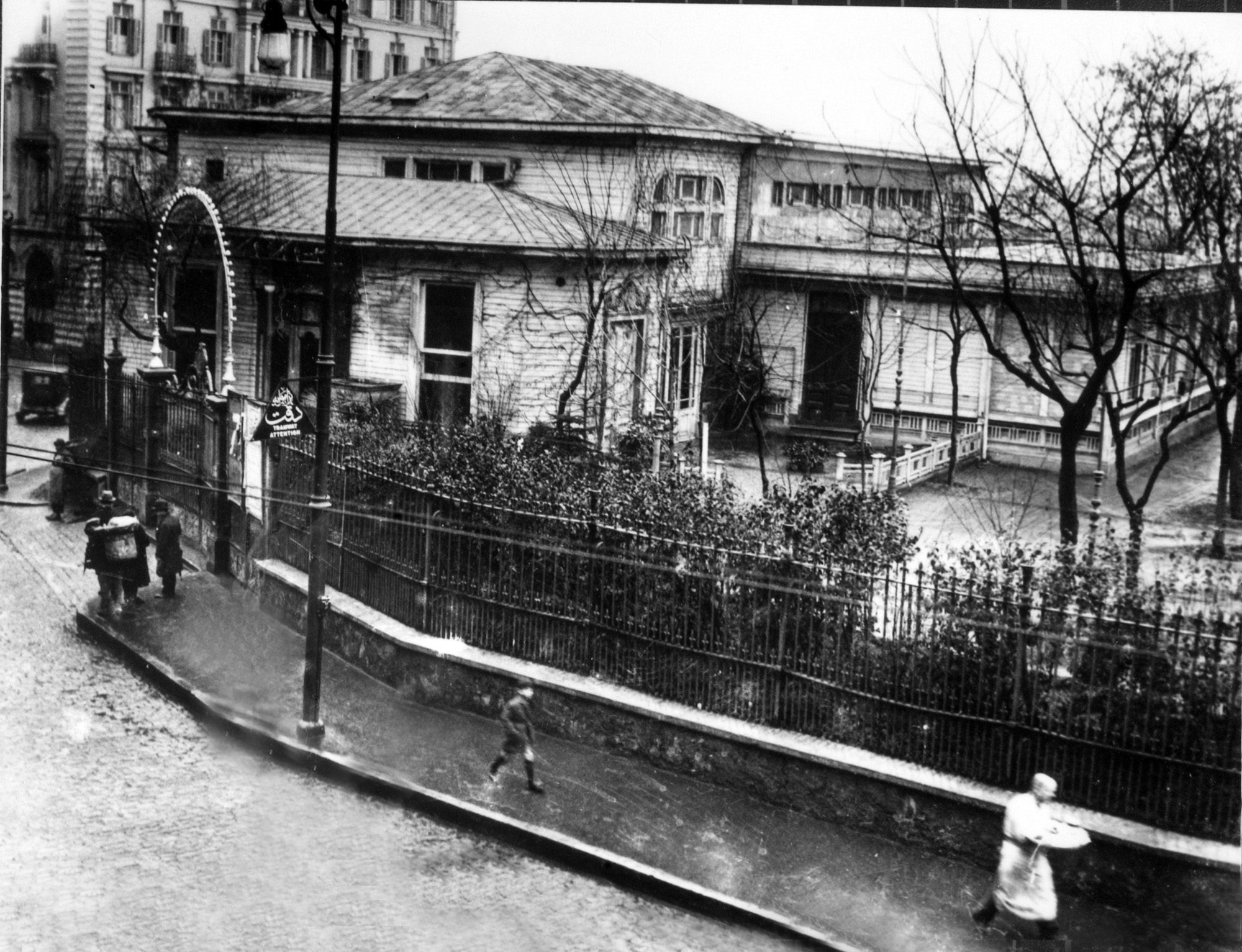 The European visitors, who played a significant role in the transformation of this area from a cemetery to a public space, also triggered the birth of another place in Istanbul. Vehicles such as steam boats and trains facilitated international travel, which previously required only critical reasons. Istanbul quickly became an important stop for travelers as a center of attraction and a gateway to the rest of the empire. With the completion of the Istanbul-Vienna railway in 1888, the Orient Express began to run uninterruptedly from Paris to Istanbul. A traveler that departed from Paris on Wednesday at 7.30 am would arrive at Istanbul via Vienna – Budapest – Belgrade at 6.40 am on Saturday. 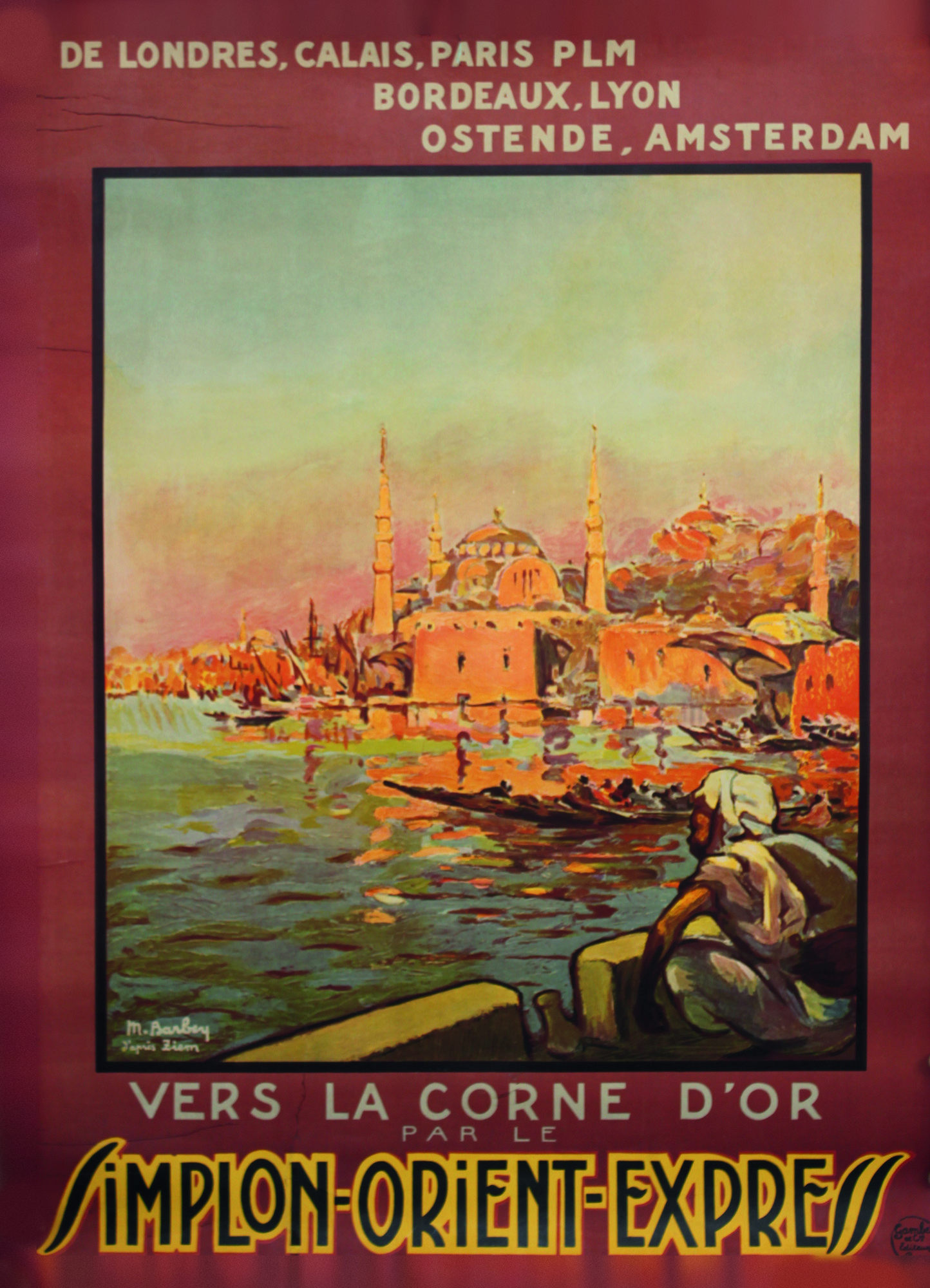 Hotel-style accommodation had begun to undergo a transformation as well with the expectations of these travelers. Up until then, old inns, lodgings and pensions with minimum amenities far from luxury provided basic accommodation, but now, hotels in “European standards” were available. The first hotels in Istanbul began to operate in the Galata and Pera districts due to their proximity to embassies, Voyvoda Street, which had become the center of financial capital, and the port. In particular, the Tepebaşı side of Meşrutiyet Street (then called Kabristan, Mezarlık or Petits-Champs streets) was where the hotels were most concentrated thanks to its central location, and views of the Golden Horn and the ‘old city’.

These hotels would follow the technological developments of the period closely and install the latest amenities such as electric lighting, central heating and elevators. Space configurations resembled those of modern day hotels in principle, with common areas on the ground floor, and guest rooms on the upper floors. The large luxury hotels featured spacious lobbies, cafés, suites, well-equipped kitchens, theaters and ballrooms as well as multiple dining rooms while the hotels that catered to lower income groups offered limited number of rooms and few common areas. 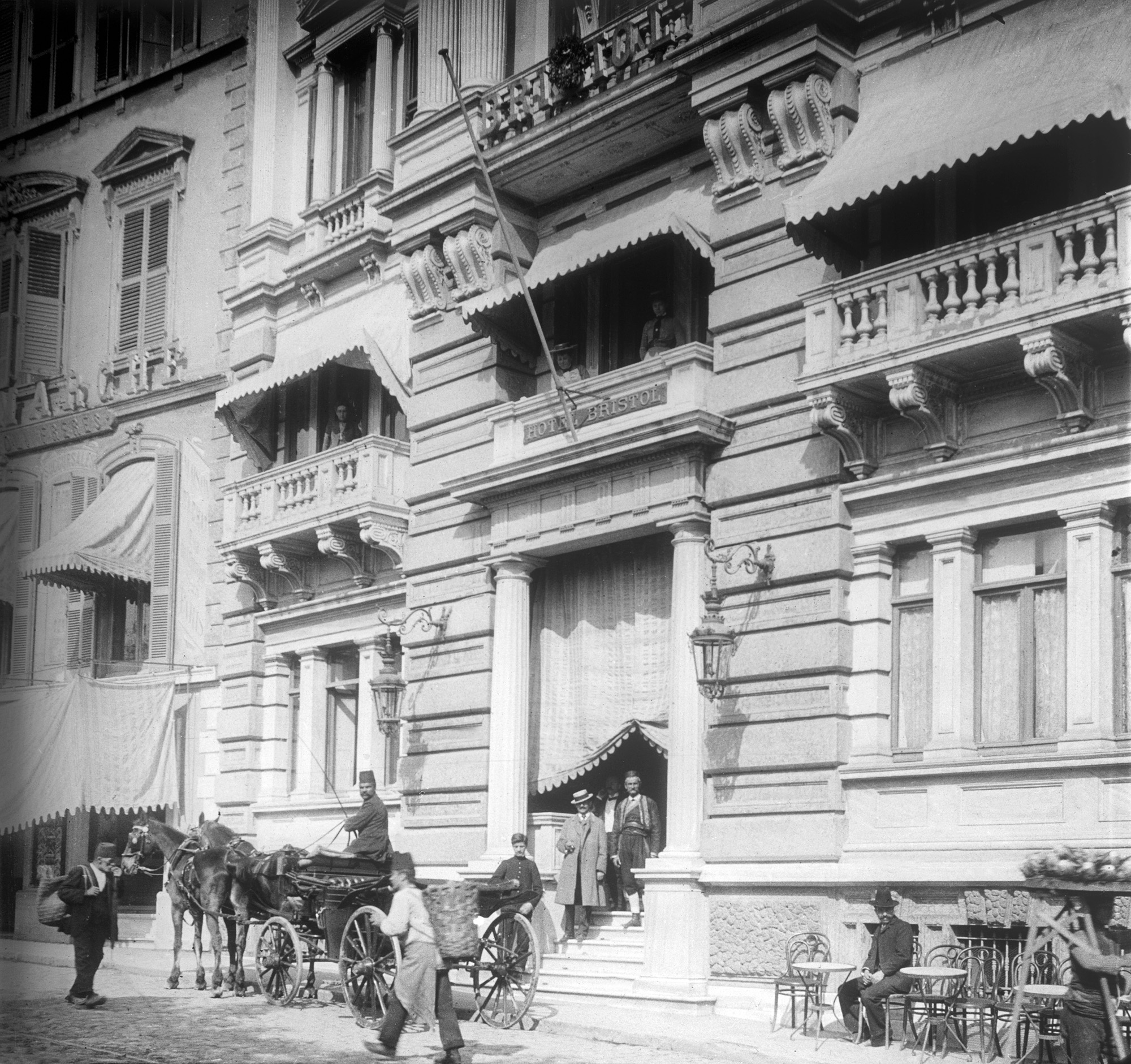 Pera, which plays one of the key roles in the story we tried to tell, was at the heart of the transformation in Istanbul at the time. As everyday life changed, the residents began to expect innovations and these demands created their own spatial counterparts. This is a perpetual transformation that generates new results fostered by different inputs. In short, Pera is in a constant state of “being“. We believe that we should take into account current data and the past as we contemplate this phenomenon. One question comes up when we look at this exhibition and the story we tried to tell by thinking about heritage. How would a narrative constructed in the now with fragments from the past have an impact on the future? Could this narrative provide a way for better grasping what the set of values that we call heritage is as a whole and comprehending the complex relationship with time? 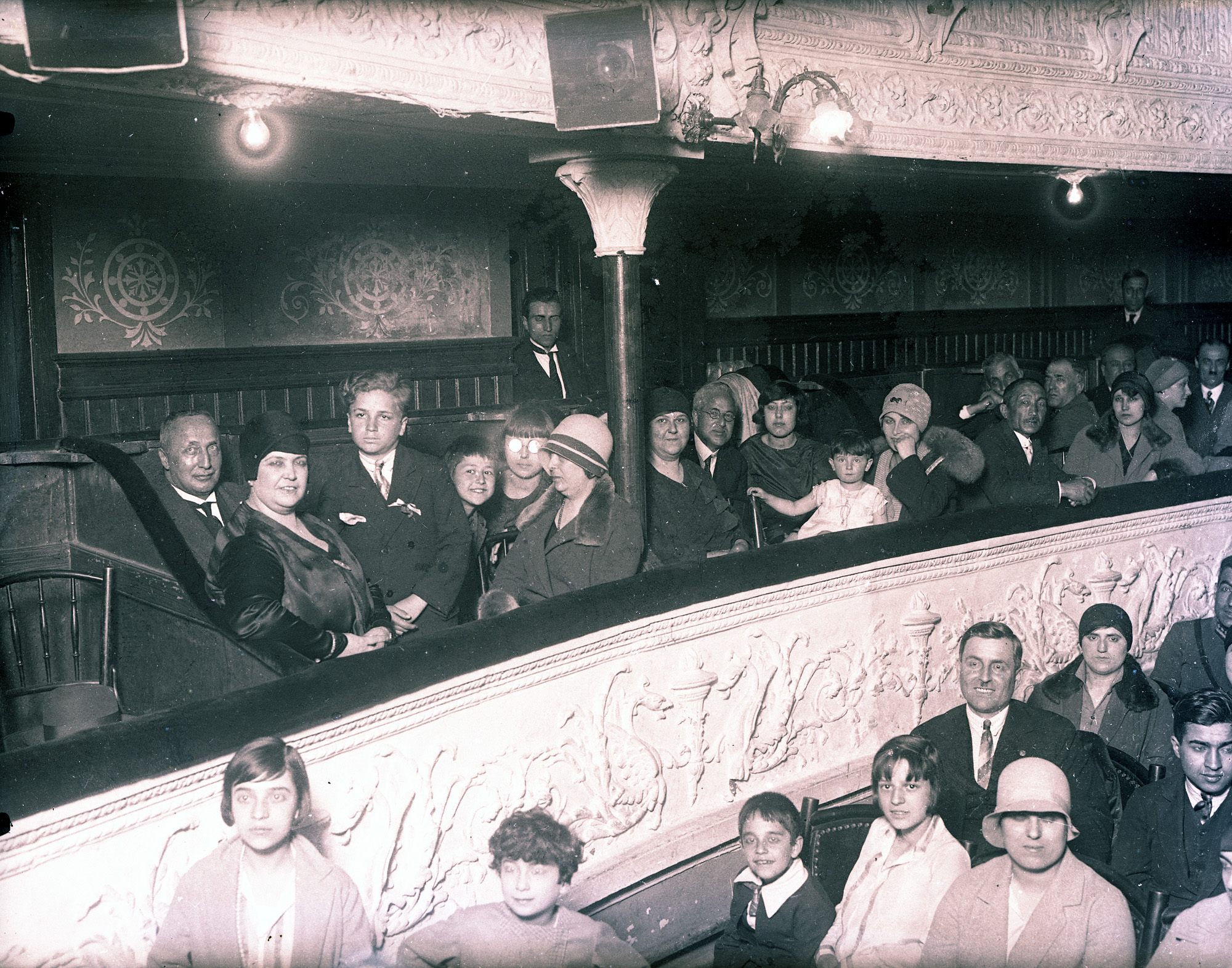