A Father For All Orphaned Paintings: John Berger

In the final days of 2016 I realized that what I thought about losses had become some sort of obsession. The memorials we held for all the heroes we lost in a year, and the vigils around rituals of faith had left behind an obsession. The last time I felt alone was when Cohen was gone. A departure that faded the sounds seemed to prove that it had also taken my ears with it. But I wasn’t aware that even on the basis of this metaphor there was the relationship of paintings with sounds, or of a look with language. Who had taught me this? The main culprit of the smile that was affixed to my face by the archaic consciousness of my college years passed away on January 2, 2017 among the goofy optimism of a new year: John Berger. And now, just like those paintings, anyone who has had a ‘chat’ with him once knows what the word ‘orphan’ really means.

The world media covered the news, describing him with qualities such as a novelist, art critic, philosopher and a painter. What was visible needed to find some sort of equivalent in the language. So, on behalf of all that knew him one way or another, I ask this question by the power of enlightenment, which dawned on me after – like many others - reading ’Ways of Seeing’: When we did not feel such despair even in Foucault’s ‘visibility trap’, on which painting will our eyes linger after Berger’s passing, in which language family will we find the equivalent of the idea that words can be meaningless as we remain mute with our mouths open as if wanting to tell it all and yet falling silent?

I know of such writers that the void they filled with their presence can never be occupied by other people we maintain contact with on a daily basis. So much so that at times we feel a closer bond to them than our family, friends or lover, and no one else can replace them. Berger sat in just that kind of corner. Ironically, I had also learned from him that the void, which something leaves behind, could never be filled with the presence of something else. It was much later that I realized this as some guy talked about the same thing, again with that smile of that very archaic consciousness on my face… 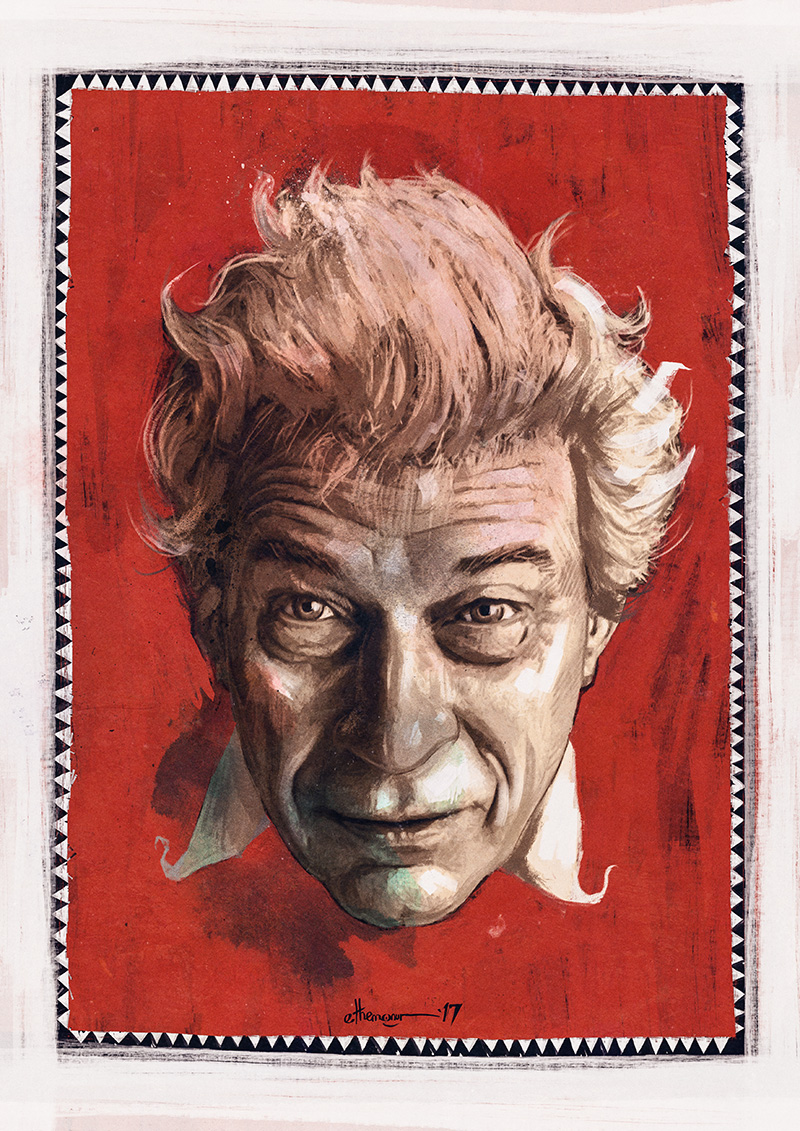 In addition to his books published in Turkish, some of which have been my course books, it is perhaps due to the fact that Turkey is one of the countries Berger visited that I establish a relationship with him in such a personal ‘language’. Until the very end, he talked about Turkey’s never-ending tragedy, the true face of the language that eroded among the political and financial dynamics, and even the language of politicians and capitalism not being a true language, as he continued to offer solutions and call the people to unite with his essays, talks and teachings – even if never acknowledging it.

Even though his controversial stance in terms of the primary objectives of a work of art or the arts persisted, this unifying approach of his was quite a successful weapon that Berger used in his rhetoric about the society and the individual. The impact he had on the reader created people aware of that very same slap in the face. I realized this one night as I was talking with a journalist friend of mine about everything ‘Dedicated to that Moment’ (T.N. selected essays of Berger in Turkish “O Ana Adanmış”). Together we discovered the conspiracy he proposed for us with the candidness and confidence of being able to say, “I have been writing for 80 years”. Sometimes we pursued ‘Understanding a Photograph’, and sometimes ‘Another Way of Telling’ left us with questions that kept our minds busy. He once said, “If I’m a storyteller, it’s because I listen.” Perhaps we learned how to listen with Berger. In interviews, he would say that he rarely used the Internet, and seldom checked the news sources except for two main newspapers. And yet, he never ceased to approach any ‘humanity’ related issue, wherever it may be in the world, very seriously, which goes to show that listening and the language of expression truly mattered to him.

Berger’s pauses in his talks and interviews became departure points for me in understanding how the meaning, beyond the words, could be interpreted. His son Yves said of Berger’s passing, “He closed his eyes, as if he needed once more to find the right words, and died peacefully.” I know that the heartfelt meaning of this statement, in addition to its genetic codes, lies somewhere in between the pursuit of pureness in meaning, which he recommended to all that knew him even if with just one sentence, and the possibilities of language. In his life story that continued in France after he left Britain in 1962, in the devastation felt in the brains washed with the ‘grandeur’ of the art works until they met him, and in Picasso’s success and failure…

As I rethink the questions I asked in the beginning, I realize that Berger actually replied our questions about what we should do with great clarity and the candor of a writer whose sole aim was humanity: “I propose a conspiracy of orphans. … More than half the stars in the universe are orphan-stars belonging to no constellation. And they give off more light than all the constellation stars.”