La Haine; a brave street story filmed by Mathieu Kassovitz as who should say “There is either black or white in the ghetto life”. Film starts with the Algerian immigrant Muslim Sayid and ends with Sayid. Sayid, Hubert and Vinz are very close friends. They all live in ghetto. They are before us with all their flaws as in being in between. They are one train trip away from the glittering life of France however they are stuck in ghetto with people flinging in their faces that they do not belong there and day by day they become tough and get back on the streets.

Vinz is Jewish. Mathieu Kassovitz demolishes the common perception of Jews being rich and noble with this character. Hubert is maybe the most influential character of the film. He is black, more educated than the others but nobody cares for the diploma so he earns his life by selling marijuana. Sayid is Muslim and the most problematic of all. He is the most concrete example of how being Muslim is regarded and perceived in France.

The subject of the film is the following day of a protest that took place in the ghetto. During the protest Abdel who is a very close friend of these three friends is beaten almost to death and hospitalized. During this chaos one of the policemen lost his gun. These three friends are furious for what happened to Abdel but they go on with their daily life, they keep doing the things they used to do as always. We realize that the day does not go as usual when Vinz confesses that he has the gun the policeman lost and puts it on his belt. Now that gun is a problem and the expectation of the audience would be about when that gun would explode.

Vinz is decisive that if Abel dies he will kill a policeman. One less from both. He will solve his ignorance with only violence. Maybe one of the first breaking points of the film happens. At this time the triple argues with the police as they do not let them visit Abdel and Sayid is taken into custody. A policeman from the ghetto who knows the triple pays Sayid’s bail and gets him out but when Vinz, Hubert and the policeman are going to the police station, the policeman says that all these are for protecting them. At this moment Hubert says “Well, who will protect us from the police?”. Mathieu Kassovitz destroys the “sweet French police” perception all of a sudden. Because ghetto police are not like the police you see in the city… 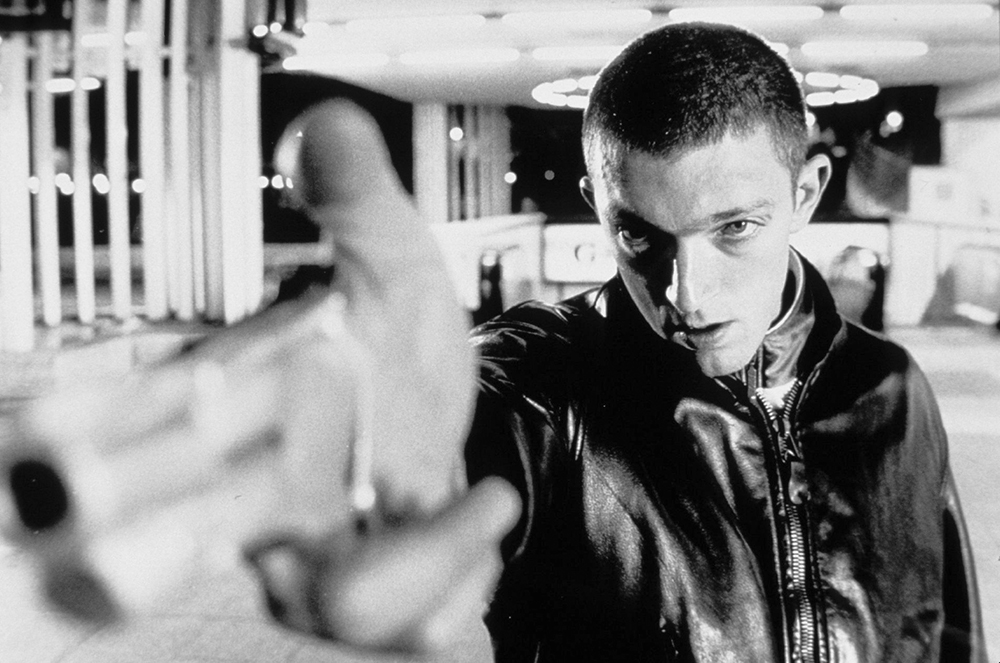 The most striking metaphor of the film is the billboards on the walls that write “Le Monde est a vous” (“World is yours”). But what world is that world? Finding themselves in Paris which is a train trip away as a result of what happened and because of being taken into custody, they miss the last train and can not go back to their suburbs. At the end of that long night, Hubert’s writing “World is Ours” over the billboard is like Mathieu Kassovitz asking “what kind of world do you live in?”.

During that long night Paris lets the triple find out that Abdel is dead via an open air announcement billboard. We begin getting the reactions we expect from the triple whose characters we analyze from the beginning of the film. Vinz takes out the gun and with his head high along with hallucinations holds it to a police officer that is in train of towing away a car on the street. At that moment, different from the suburb, the policeman does not look at the civilian with fury. Even though Hubert sensibly holds down the gun, the triple comes to a junction and Vinz remains alone. Sayid and Hubert go in different directions. Mathieu Kassovitz makes us question “If these friends did not need each other, would they still be friends?”. However, there is one rule. If you want to stay alive in the ghetto, you have got to stick together.

When they go back to the suburb, Vinz who does not want to remain alone gives the gun to Hubert. There, we get prepared for the unexpected end. While Hubert takes the gun and goes in the other direction of Sayid and Vinz, to his home, police that approach the civilians with fury try to arrest Sayid and Vinz for nothing. At this time, while playing with his gun to scare Vinz, one of the policemen shoots Vinz in the head. At this moment, Hubert who witnesses the incidents from afar directs the gun Vinz just gave to the police and the film ends with the scary face of Sayid.

It is almost impossible not to admire Mathieu Kassovitz since he handles the hatred between civilians and the police accurately and appropriately in the last stage. The soundtracks of the film are also chosen very sensitive. The whole reality of the suburb is much better stressed with Bob Marley’s songs. Mathieu Kassovitz slaps us in the head with French ghettos via his motto “Hitting the ground is what is important, not falling down.” 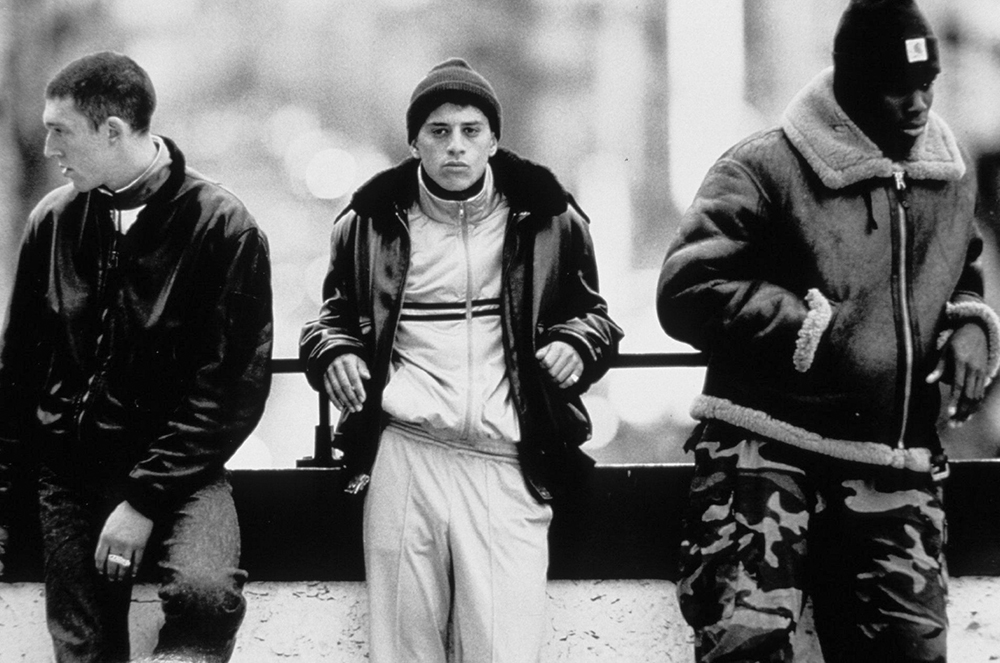