After The Little Prince and Alice in Wonderland, the third edition of our notebook project is dedicated to Sherlock Holmes. You will find some of the best quotes from various Holmes stories and authentic drawings of the characters by 12 different illustrators in this special notebook.

Solving puzzles... Following clues... Deciphering codes… Even the thought of these actions stir excitement, and for some they are a passion!

Welcome to the mysterious world of Sherlock Holmes!

Sherlock Holmes, the fictional private detective created by Sir Arthur Conan Doyle, is not only the most popular character to use his deductive powers but also one of the most impressive personas in detective stories. A brilliant mind that says, “When you have eliminated the impossible, whatever remains, however improbable, must be the truth” and is so highly admired for the way he solves crime…

After The Little Prince and Alice in Wonderland, the third edition of our notebook project is dedicated to Sherlock Holmes. You will find some of the best quotes from various Holmes stories and authentic drawings of the characters by 12 different illustrators in this special notebook.

We would like to thank you for purchasing this notebook, and the young illustrators with whom we have reunited under the roof of Boxinaboxidea, the design, art and ideas library for their contributions to this wonderful project!

You can order the calendar and notebook from the link 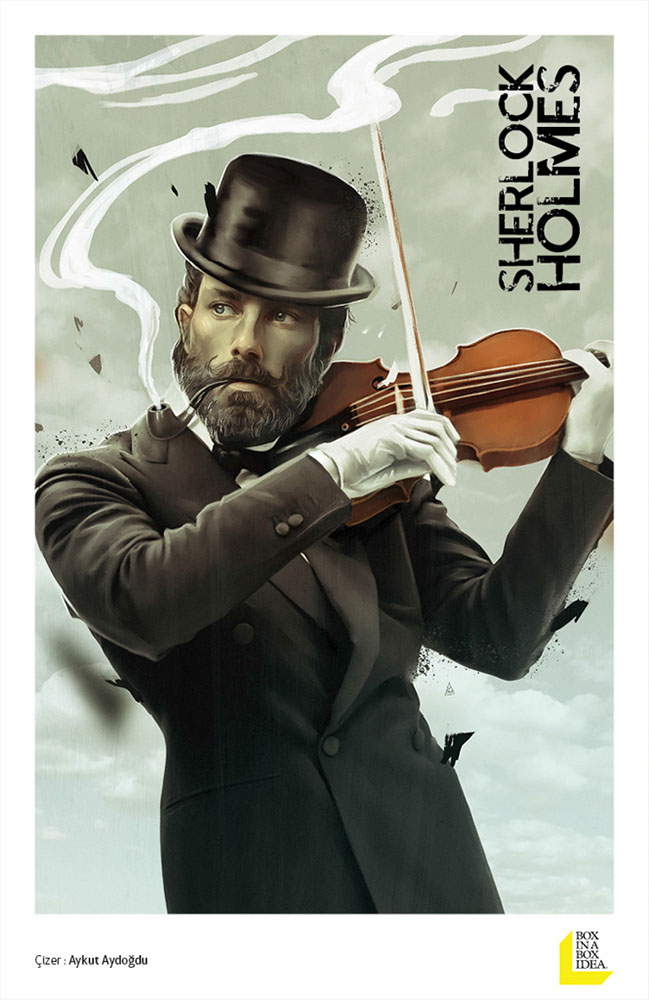 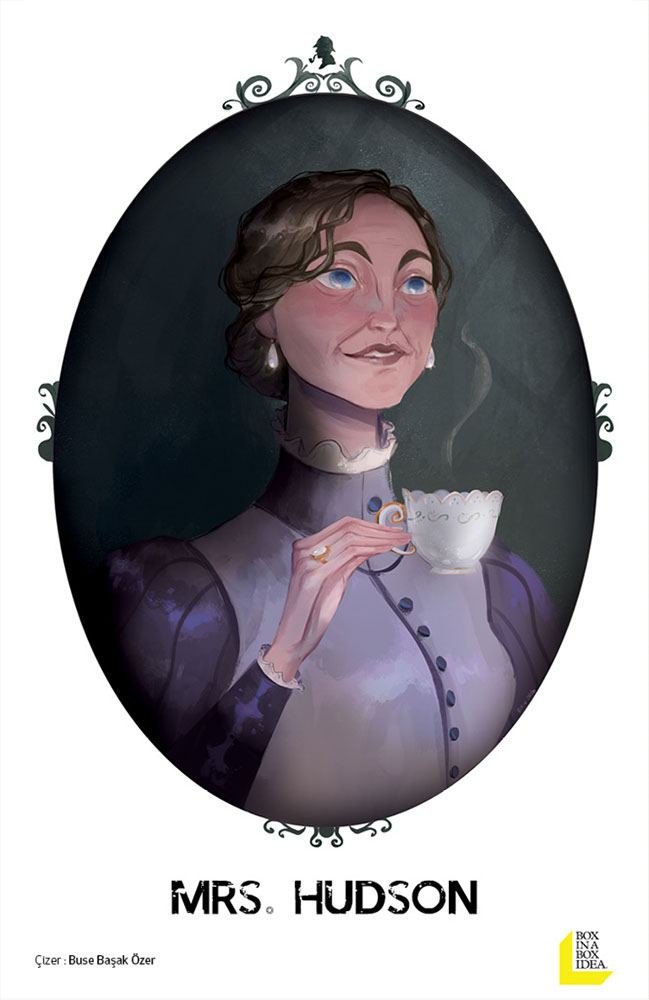 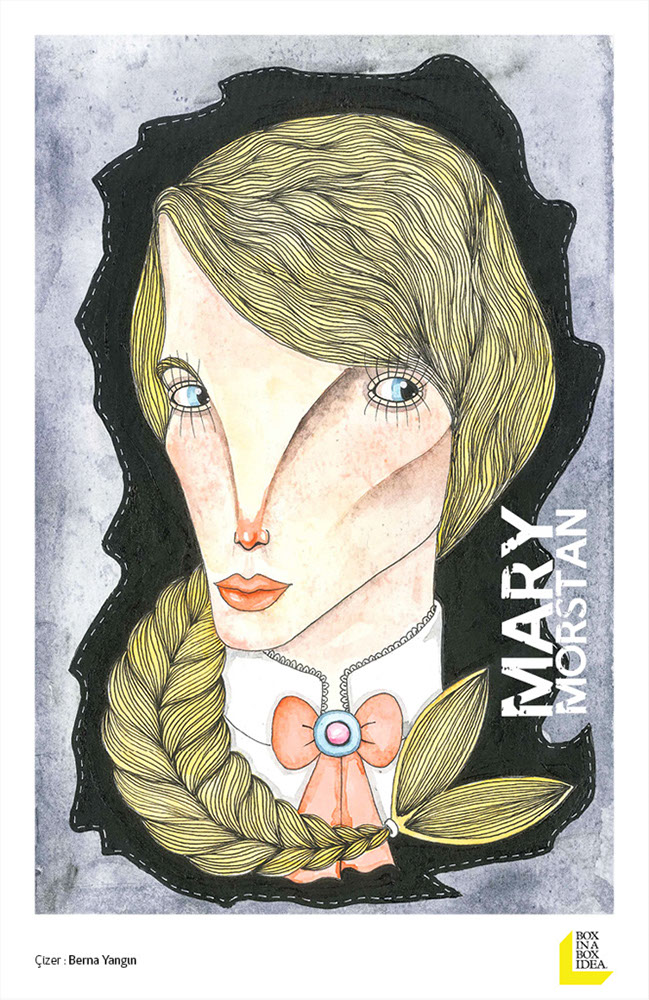 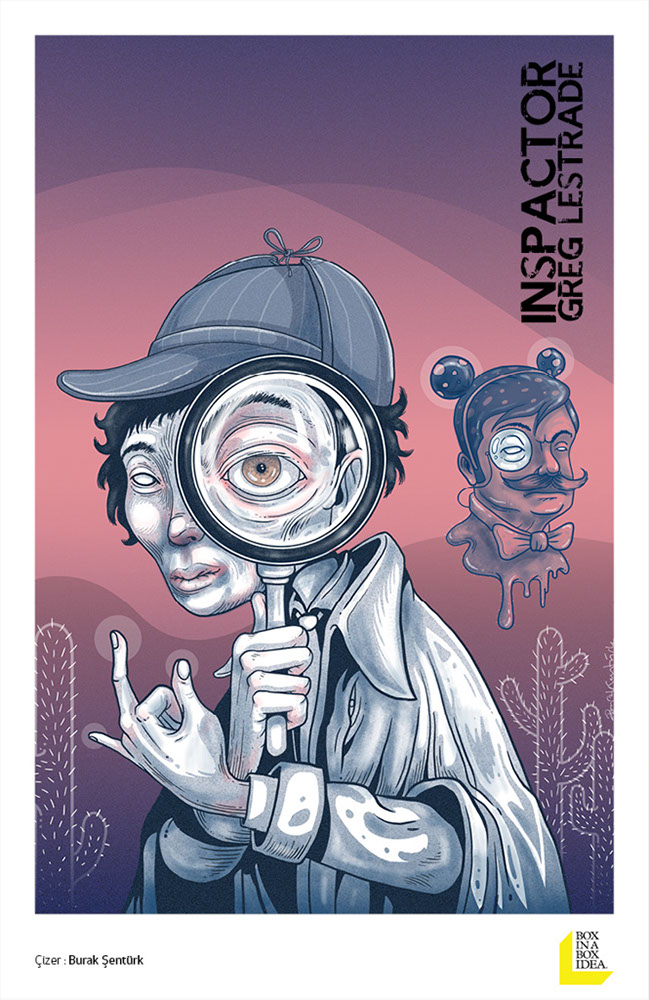 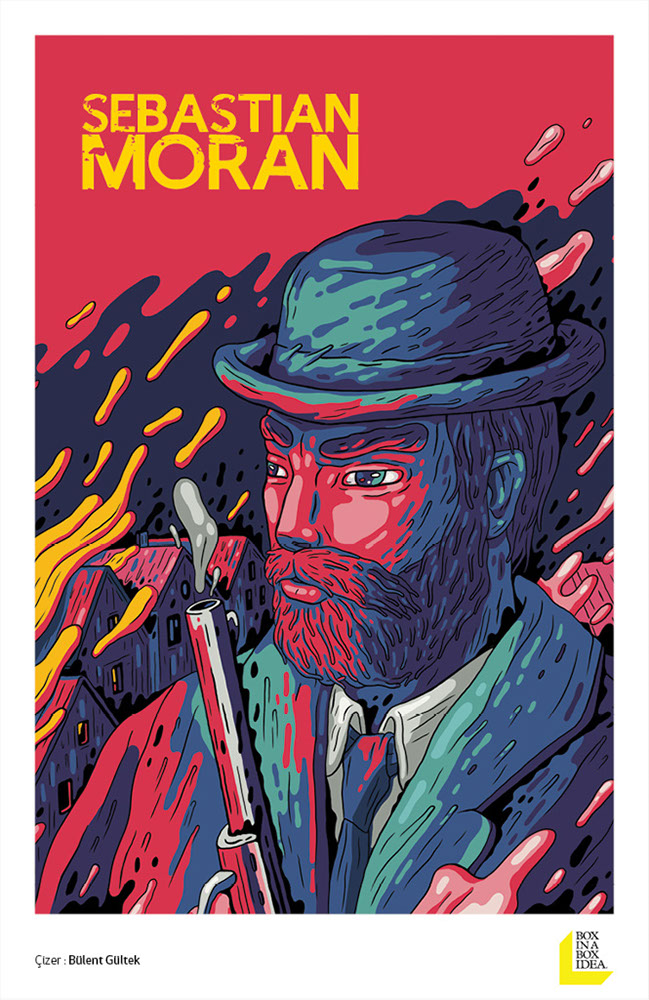 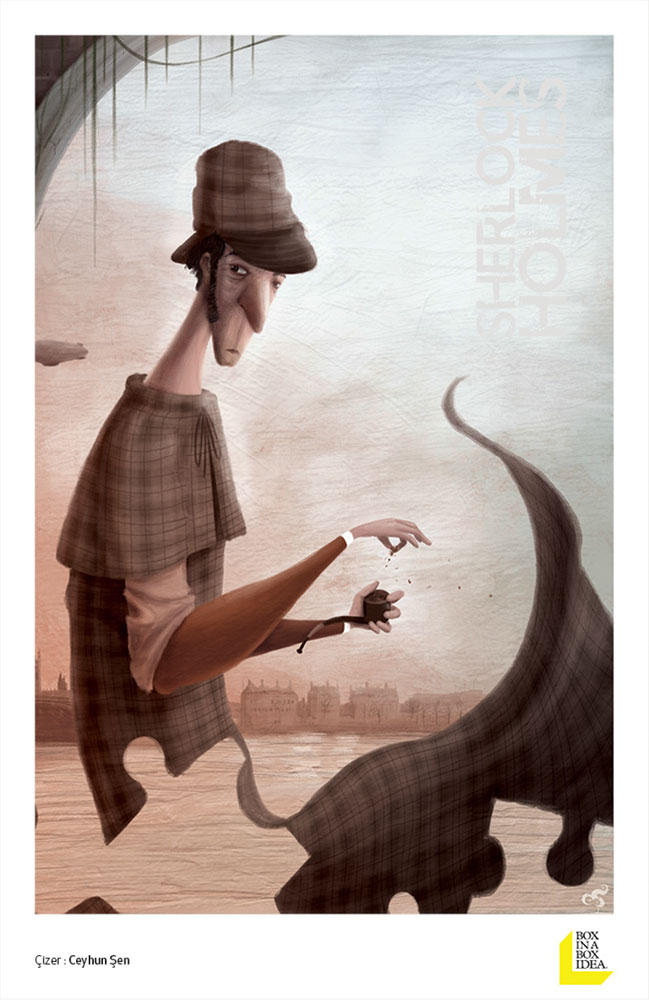 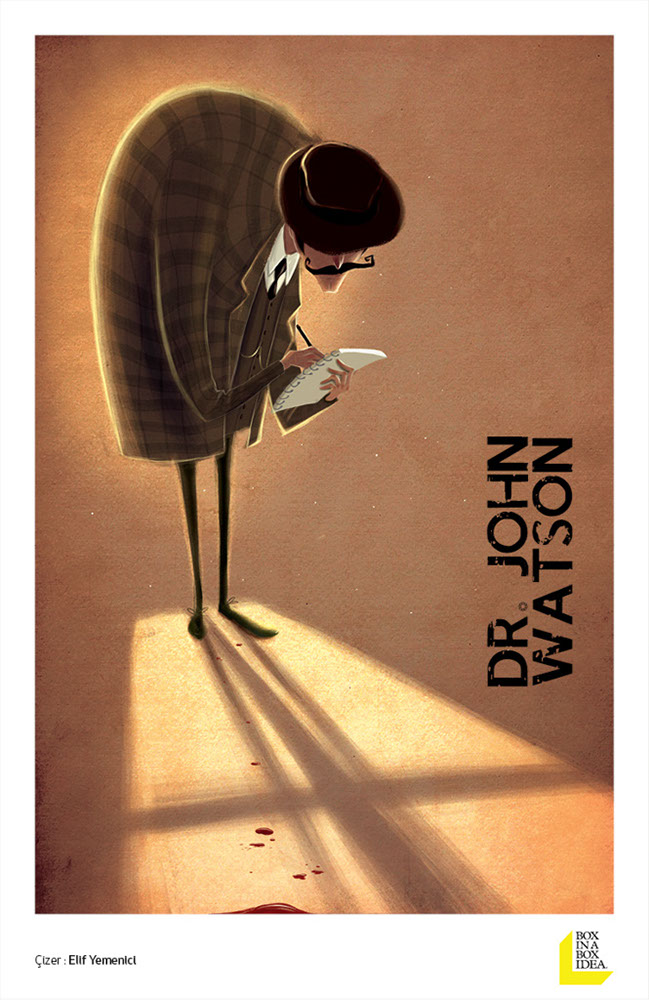 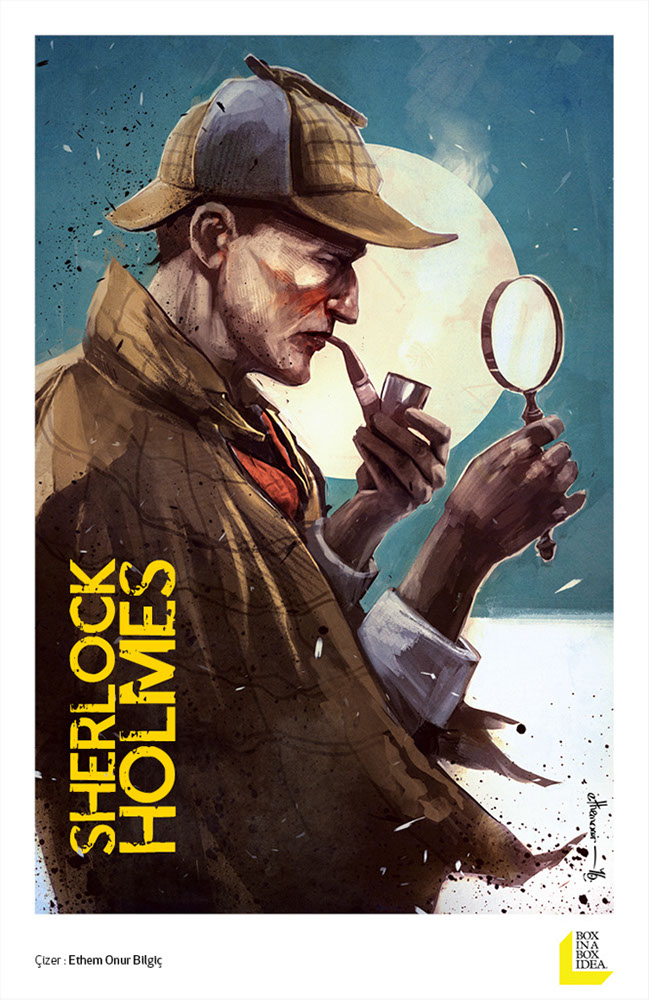 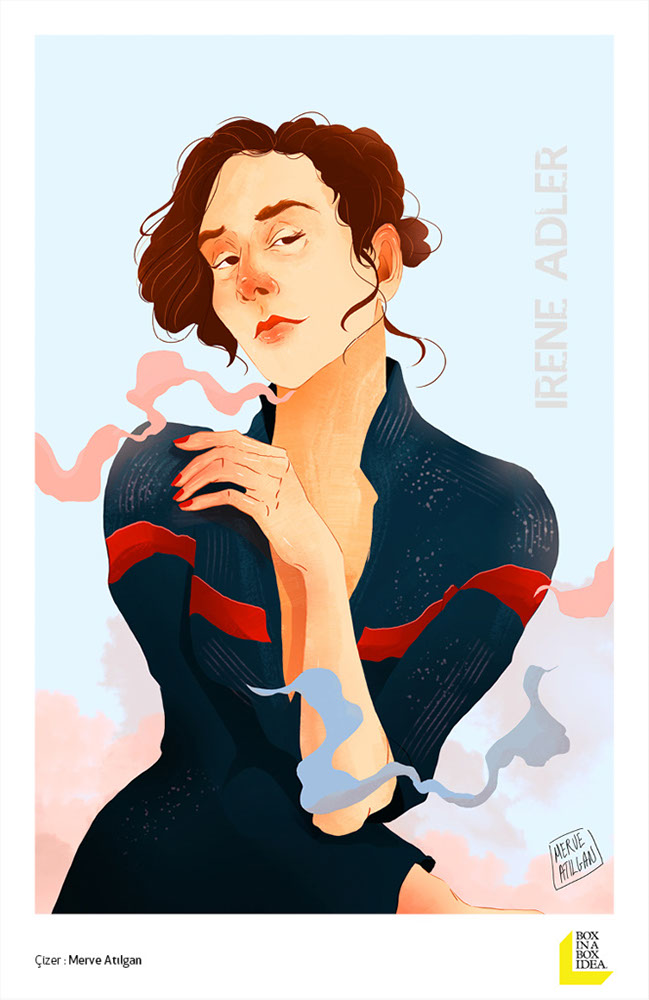 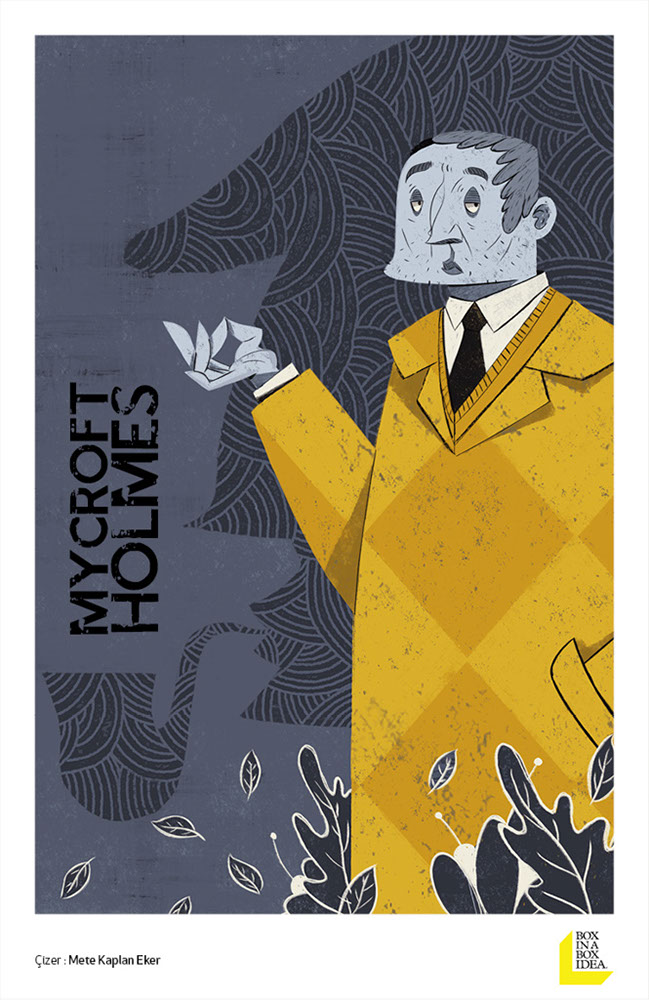 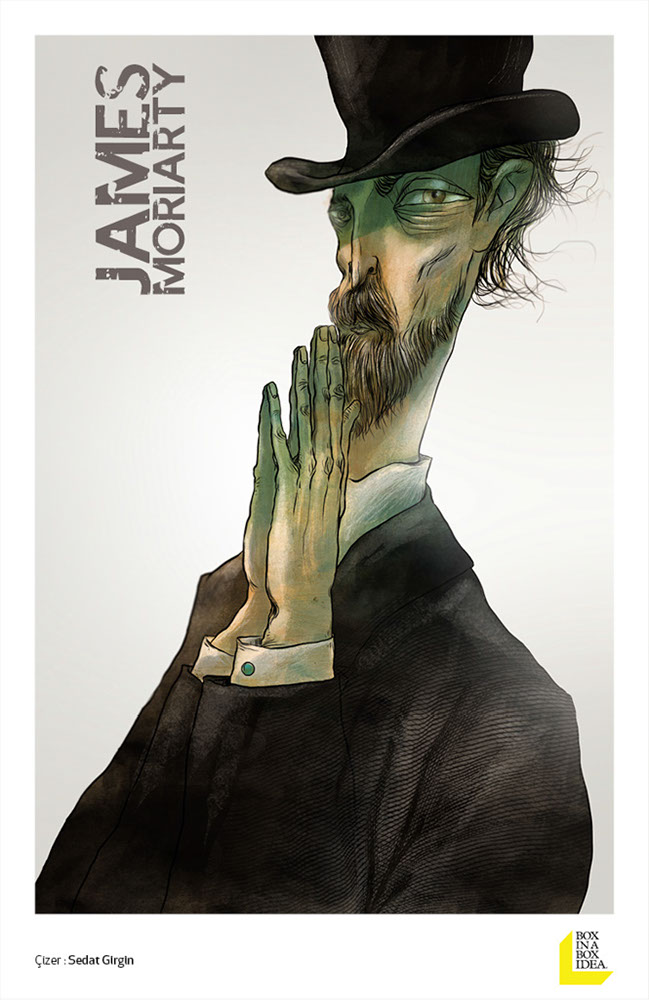 * Among Sherlock Holmes’ best-known fans was Sultan Abdülhamid II who loved mysteries. The Sultan would have the new books translated immediately and read to him.

* Six years after Holmes’ first appearance, Conan Doyle, who wanted to devote more time to his historical novels, killed him off in a story called The Final Problem in a battle between Holmes and his nemesis Professor Moriarty. His readers protested, and his other works did not do so well, so the author reluctantly brought Holmes back to life.

* The character came very close to being called Sherrinford and not Sherlock. The name was altered to Sherlock, possibly because of a cricketer who bore the name. Arthur Conan Doyle was a huge fan of cricket and the name ‘Sherlock’ appears to have stuck in his memory. Doyle was also a keen cricketer himself.

* A Study in Scarlet was the first story to feature the mystery-solving Sherlock Holmes character that the author wrote at age 27 in the span of only three weeks. Conan Doyle based much of Holmes on one of his professors, Dr. Joseph Bell who was said to have the ability to diagnose a patient’s disease by simply looking at them. Among Conan Doyle’s inspirations for the character was Edgar Allen Poe’s fictional detective C. Auguste Dupin. The novel was rejected by many publishers before it was published in Beeton’s Christmas Annual. It did not sell that well and faded away without much trace (only to gain popularity later).

* Sherlock Holmes is and isn’t the most-filmed fictional character. According to IMDb, Holmes has appeared in 226 films and been played by dozens of different actors since the advent of cinema in the late nineteenth century. Dracula has been filmed 239 times, but since it is part-man, part-vampire, it has not broken Holmes’ record!

* Holmes never uttered the exact words “Elementary, my dear Watson,” at least not in any of the Conan Doyle stories. He said, “Elementary.” And he said, “My dear Watson.” But never together. They were put together later, possibly because they convey Holmes’s effortless superiority to his ‘dear Watson’ quite neatly. The phrase was actually first known to be used in a 1915 P.G. Wodehouse novel called Psmith, Journalist.

* The Sherlock Holmes Museum both is and isn’t at 221B Baker Street. Although the museum in London bears the official address ‘221B’, in line with the celebrated address from the stories, the museum actually sits between buildings at 237 and 241 Baker Street, making it unofficially 239 Baker Street.

* Arthur Conan Doyle, who “most wanted to be remembered as a champion of spiritualism and as a historical novelist”, did not care much for Sherlock Holmes, and thought the stories were lowbrow literary achievements.

* He once wrote to a friend who urged Holmes’s resurrection, “I couldn’t revive him if I would, at least not for years, for I have had such an overdose of him that I feel towards him as I do towards pâté de foie gras, of which I once ate too much, so that the name of it gives me a sickly feeling to this day.